US - unconditioned stimulus: an event that elicits an automatic response from an organism (eg a loud noise)
UR - unconditioned response: the automatic response to a US (eg turning to look to find the source of the loud noise)
CS - conditioned stimulus: a neutral stimulus that precedes the US during classical conditioning (eg Pavlov's bell)
CR - conditioned response: the organism's response to a previously neutral CS after it has been paired with a CS (eg dog saliva)

In operant conditioning, the organism learns to change its own behavior to change an outcome.

Check your understanding of selected words from the text by putting the correct word below into a blank. (there is one too many) 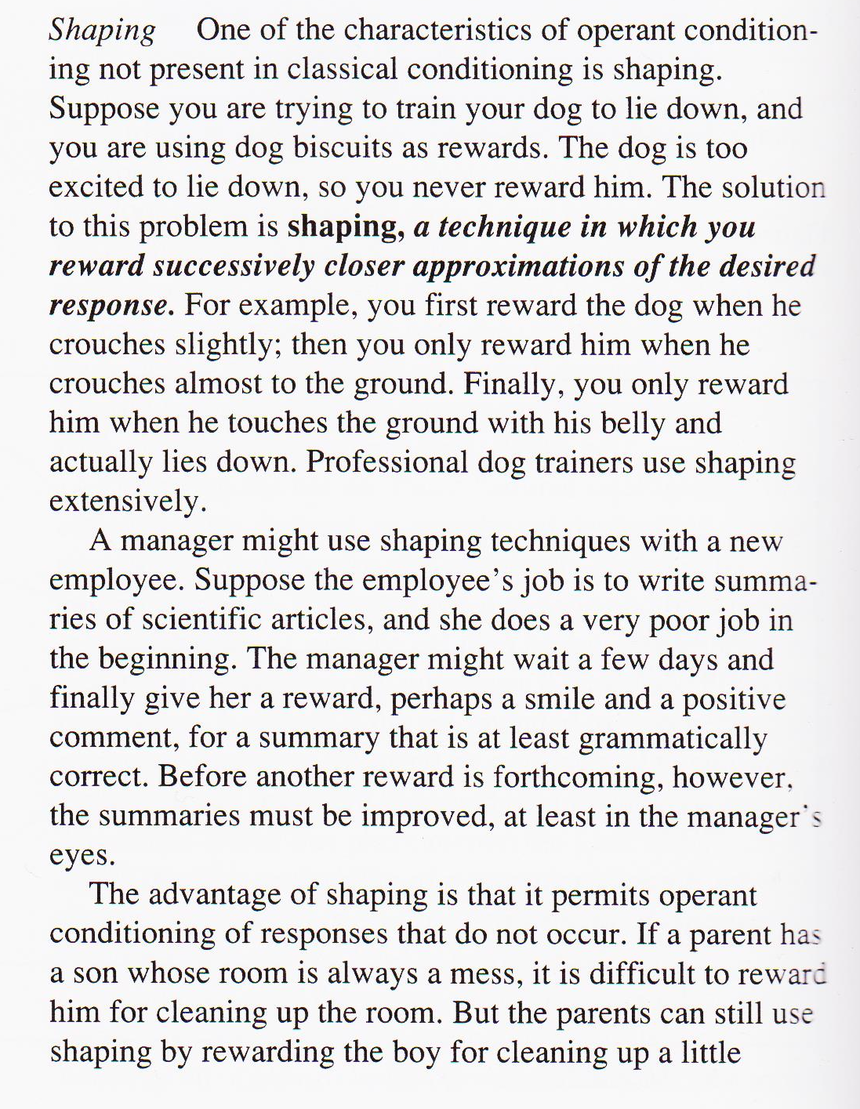 Can you think of any situations where shaping does not lead to the desired effect?

Might a boy who cleans his room a little learn that cleaning just a little bit is good enough?

Think of two other situations where shaping is used: one with animals and one in the workplace.

Do you see any ethical problems in using these techniques on people? Does it matter if the employee knows what is happening? 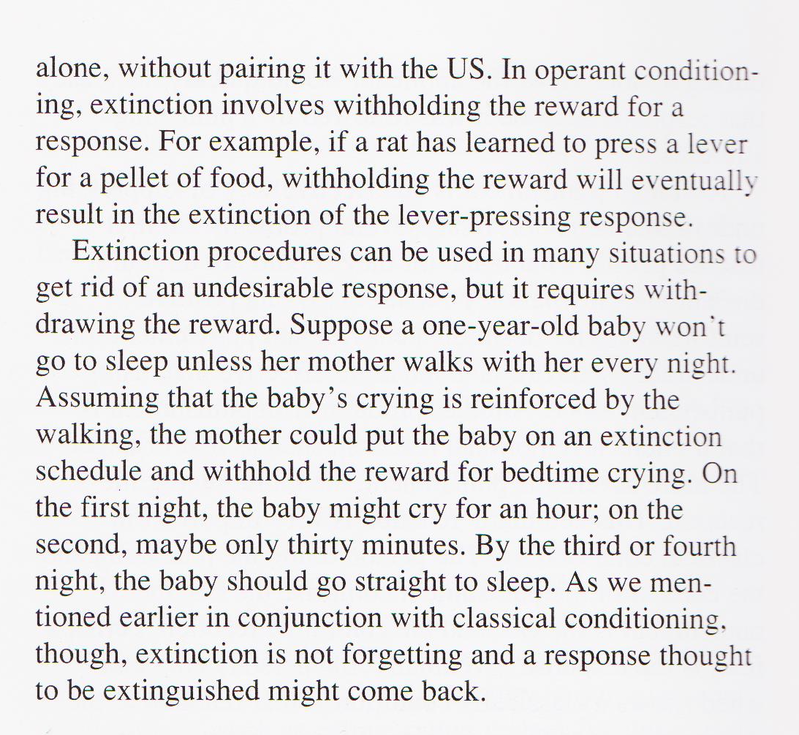 Can you think of a way that you have extinguished behavior in yourself or someone else? Have you ever succeeded in not thinking of a pink elephant? 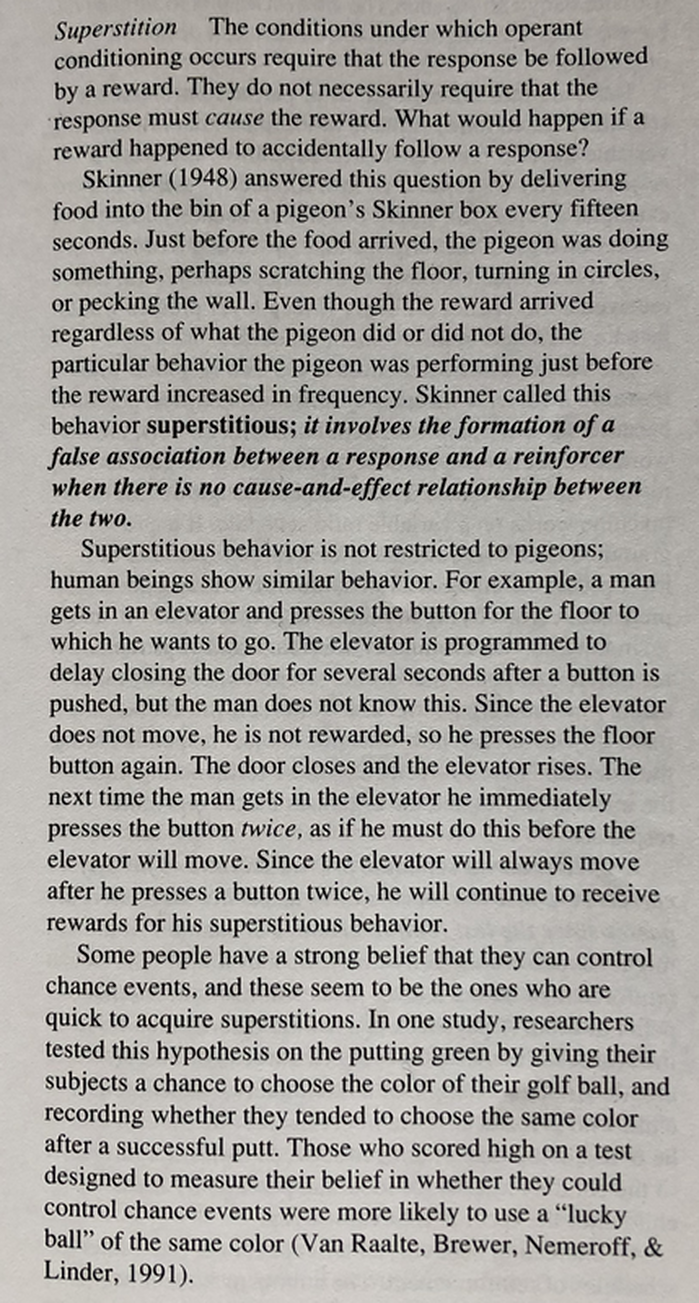 Can you think of some examples of superstition in history that can be explained by this conditioning?

Can you think of examples that are still true today? 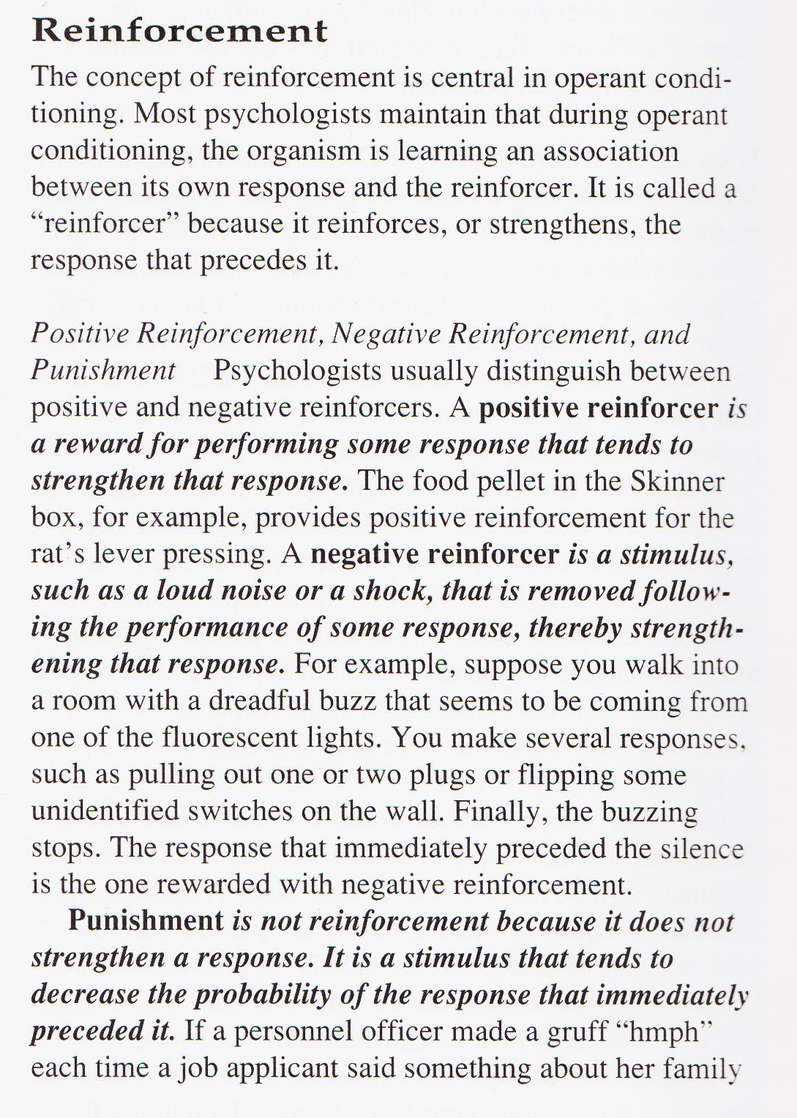 Have you ever heard parents discuss the "let the baby cry" issue? Were you convinced one way or the other?

There are some parents who believe that the child should receive attention every time the child requests it. Could you find a way to support that argument with what you know about operant conditioning? 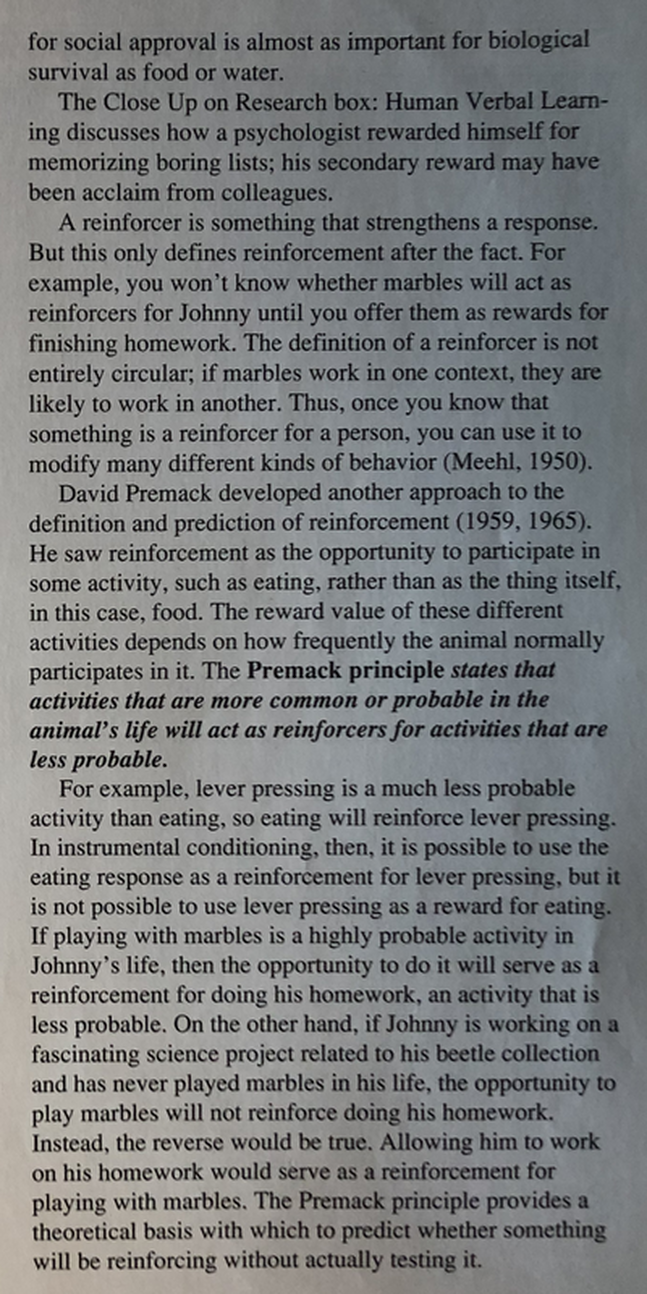 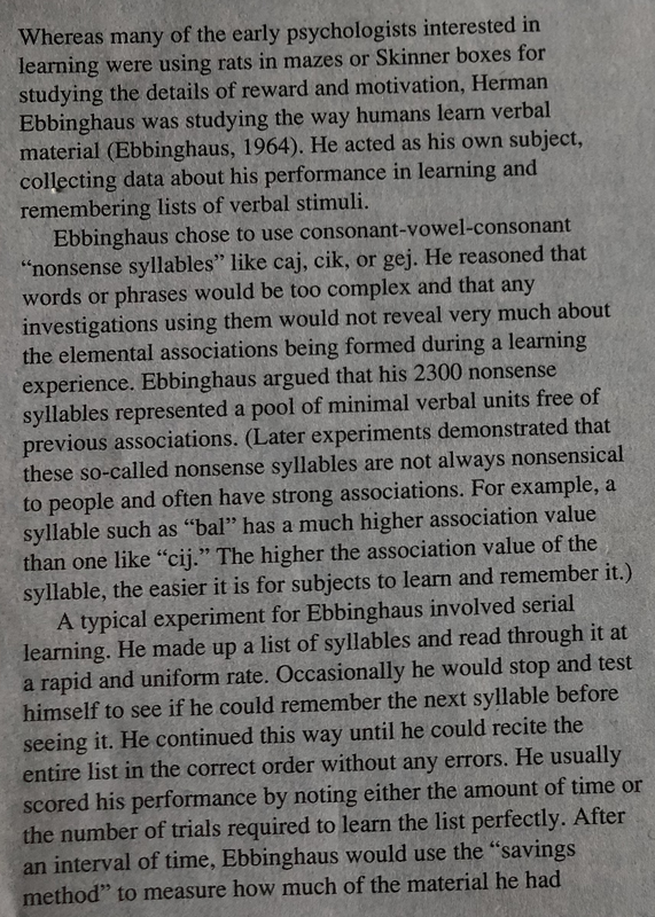 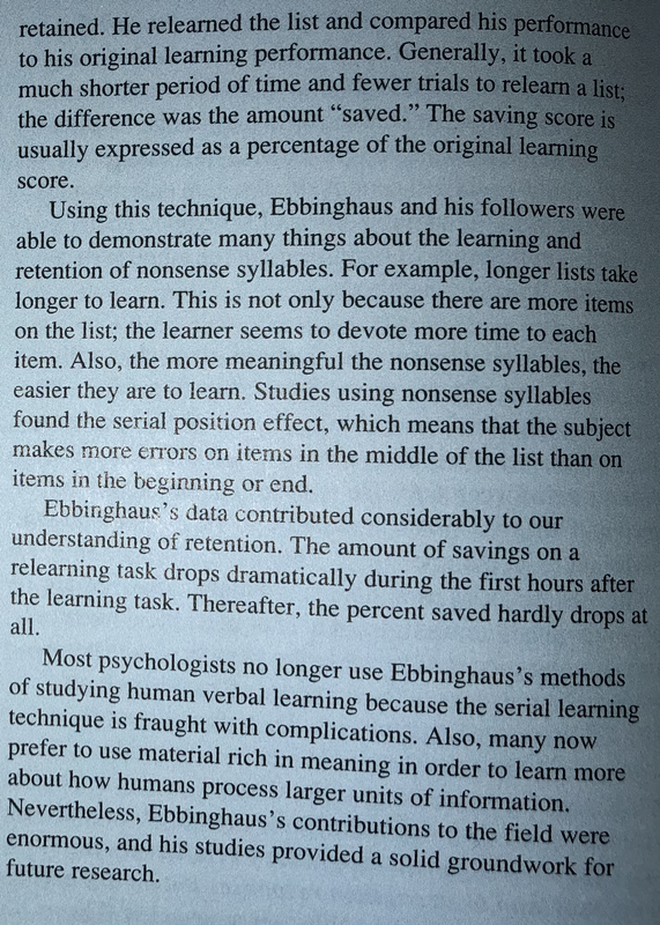 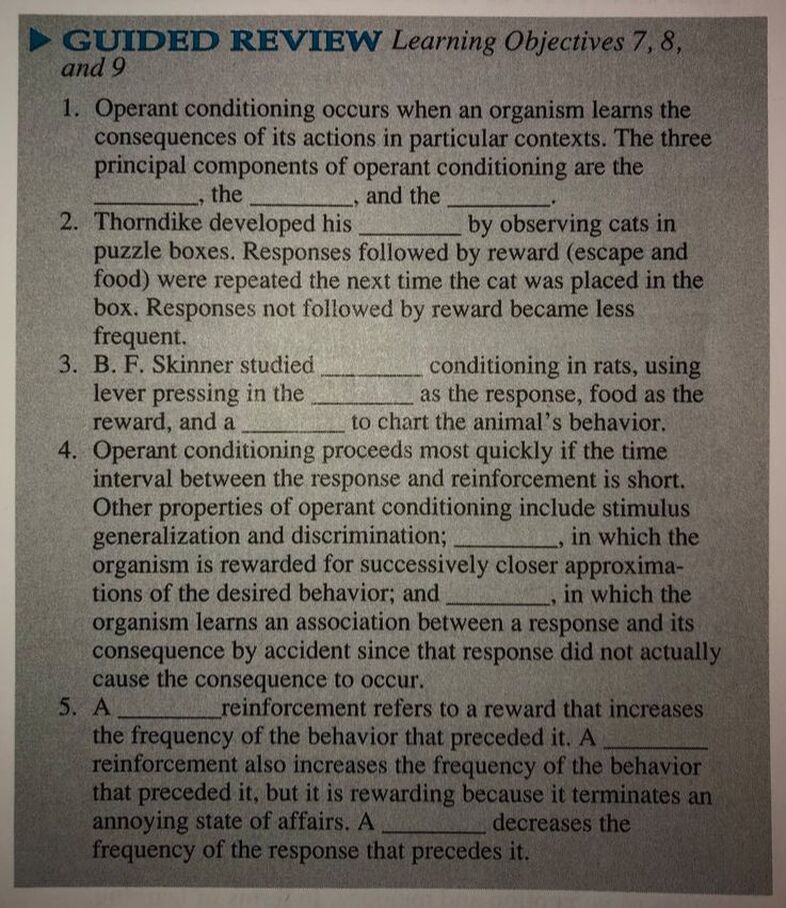 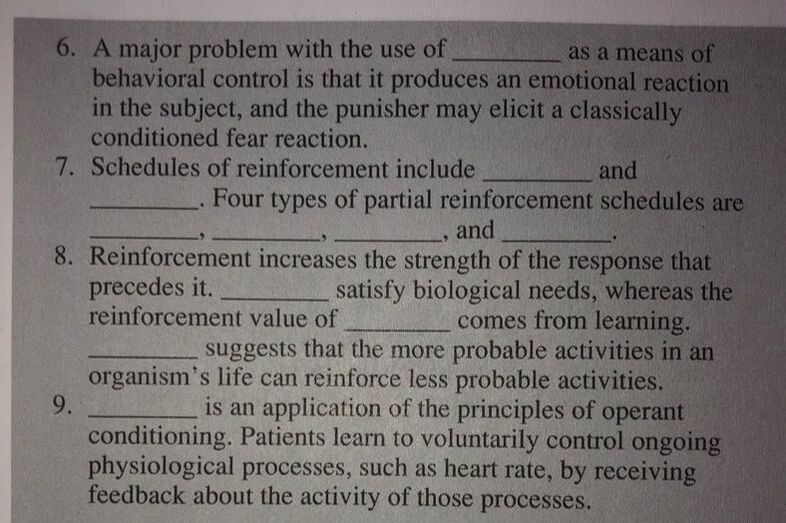